Kodi is one of the most popular open-source video streaming platforms these days. It is equally popular among people of all age groups. The user interface of Kodi is fantastic, and you can easily install Kodi Addon to enhance your Kodi streaming experience, we are here with the 5 best VPNs for Kodi. To safeguard your privacy and security without slowing down speeds and spoiling your streaming experience. 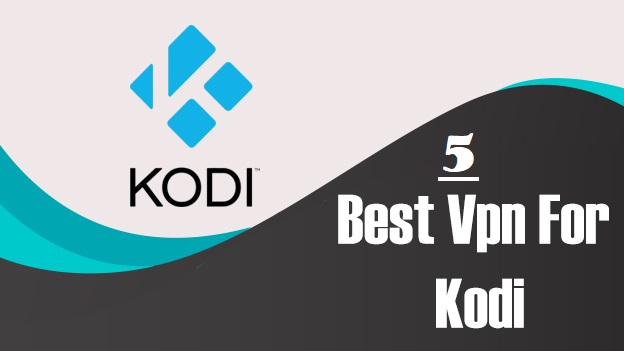 Finding the best VPNs for Kodi is a tough task. After going through more than 50 VPNs and checking their all aspect, we are here with our list of 5 Best VPNs for Kodi. All the VPNs mentioned in the list below are selected on the basis of specific parameters. Speed, privacy policy, security features, number of servers & locations, and jurisdiction are the parameters we consider while choosing the best VPN For Kodi.

After going through all the parameters mentioned above and the user’s reviews, we found ExpressVPN as the best VPN for Kodi. ExpressVPN is perfectly suitable for first-time users as well as regular users. The VPN has its server in almost every country. It offers open access to all Kodi add-ons & IPTV with Superfast streaming speeds. Apart from this, the one which I like most is its compatibility with Android TV (Box) and Fire TV.

NordVPN is one of the most trusted and widely used VPNs, which allows its users an uninterrupted streaming experience. It has a server located at more than 60 countries worldwide. The security features of this VPN are impressive. NordVPN allows you to secure up to 6 devices with a single account, including your smartphone, laptop, smart TV, and router.

While looking for a good VPN for Kodi, the one name you find in everyone’s list of 5 Best VPN is VyprVPN.It is the best VPN for HD streaming. VyprVPN offers a fantastic speed which enables smooth streaming of HD content. Apart from the streaming speed, the security and privacy feature of this VPN is outstanding A kill switch, NAT Firewall, and VyprVPN’s own DNS solution complete the efforts on the security front.

It is one of the most affordable VPNs for Kodi. With more than 2000+ servers located at 180 different locations, PureVPN provides a hassle-free streaming experience to its user with its one of the most trusted security and privacy features. One PureVPN account affords you the ability to connect up to 5 devices simultaneously. The best thing about PureVPN is its Split Tunneling facility which allows you to choose which data to send through your ISP and which through the VPN connection.

Last but not least in our list of 5 Best VPNs for Kodi, CyberGhost is in the fifth position. Kodi and CyberGhost together provide you amazing streaming experience. CyberGhost VPN establishes an encrypted channel between your Kodi device and the internet. This secure channel makes your internet activity utterly invisible to all prying eyes. This VPN is equally capable of bypassing any Geo-restriction.

Apart from the above-mentioned 5 Best VPNs For Kodi, there are also other good VPNs available. You can choose the best VPN according to your requirements. For all Kodi-related information, Stay tuned with us.